Dear KFA Customers: Our shop location will be closed on 7/9 to 7/12 and reopen on the 7/13. All orders will be processed the week of 7/13. Our staff is doing their best to keep up with increased demand. If an item that is out of stock, please contact us directly as we may have your item available in-store. If you are in the area, please visit our shop! We have inventory on-hand that does not make it to the website. Please email us at [email protected] We appreciate your business and thank you for your patience. Dismiss 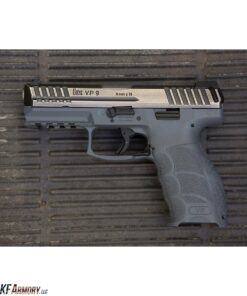 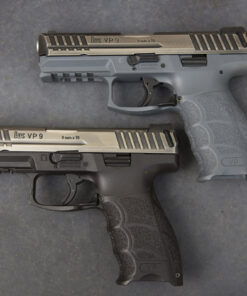 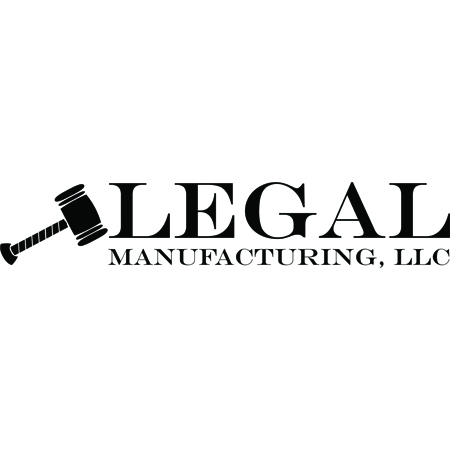 The color of NIB BATTLEWORN® is a dark shade of gray with an aesthetically distressed, modern “battle” finish. NIB BATTLEWORN® creates a smooth and uniform plating barrier without adding significant dimension to the metal part, increases the surface hardness of the plated part, and produces a product that is superior to competing plating systems.

In development for more than four years, the VP9 is Heckler & Koch’s latest handgun and the first striker fired HK since the renowned P7 series pistols were introduced in the 1980s.

Experience gained by HK engineers with the recent P30 pistol had a direct influence on the design of the VP9, but the VP9 breaks new ground with its integration of a unique striker firing system with an enhanced HK “light pull” trigger. The net result is trigger quality unequaled in any production striker fired handgun.

HK pioneered the first striker fired handguns, producing both the VP70 and P7 series, designs that impacted several models by HK competitors. But a superior trigger has eluded most striker fired pistol designs. The VP9 trigger surpasses those found on competitors. It has a short, light take-up with a solid, single action type break followed by a short positive reset.

The VP9 trigger has a consistent pre-travel pull with a positive wall/crisp break. Typically, striker fired guns have a pre-travel pull that increases in weight as you go through the trigger stroke. With the VP9, you have a less than noticeable pre-travel pull until the trigger reaches the engagement point of the fire control parts prior to trigger break.

The VP9 uses HK’s ergonomic handgun grip design that includes three changeable backstraps and six side panels— accommodating all hand sizes. Molded finger grooves in the front of the pistol’s grip also instinctively position an operator’s hand for optimal shooting. Only HK handguns have such a customized grip.

Although influenced by other HK models, the VP9 has all the hallmarks of the latest, state-of-the-art handgun. All controls are completely ambidextrous. Slide releases are present on both sides of the frame and the magazine release can be easily activated by left- or right-handed shooters.

A new feature is HK’s patented charging supports — simple components that are mounted on each side of the rear of the slide and provide better gripping leverage for racking the slide rearward. The charging supports speed reloading and make operating the VP9 easier for shooters with reduced hand strength. The VP pistols uses the proven P30 steel magazine; 15 and 10-round capacity available.

The VP9 has an extended Picatinny MIL-STD-1913 rail molded into its polymer frame for mounting lights and accessories. The rail has been tested and certified to handle mounted accessories up to 5.6 ounces.

The VP9’s machined steel slide is protected from corrosion and wear by HK’s hostile environment finish and all metal components, including springs and pins have superior metallurgy.

VP pistols are made in Heckler & Koch’s Oberndorf factory in southwest Germany. The VP9 is well-suited for civilian sport shooting, security, military, and law enforcement use. 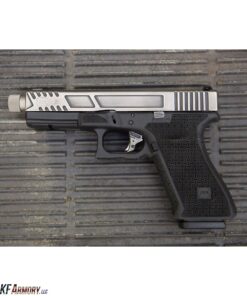 From: $1,418.99
Out Of Stock or Special Order, Contact Us For Details
Select options 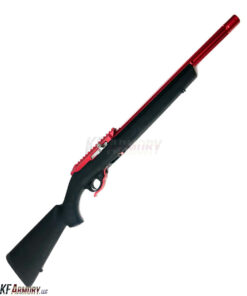 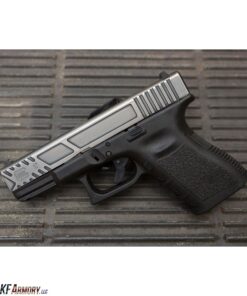 From: $872.99
Out Of Stock or Special Order, Contact Us For Details
Select options
RARE 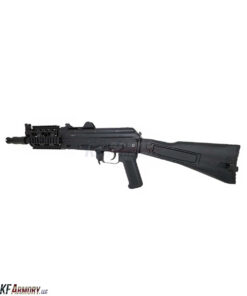