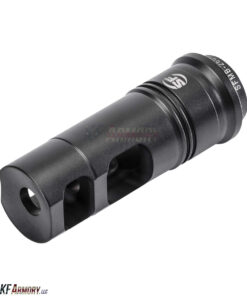 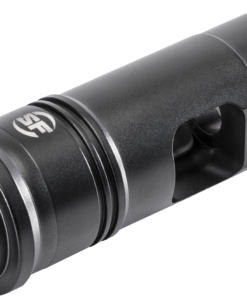 The advanced SureFire SFMB muzzle brake, greatly reduces both recoil impulse and muzzle rise so that the weapon tracks straight back to keep you on target for faster shot-to-shot recovery. Its patented Impulse Diffusion design minimizes side blast and rear-directed concussion effects. The SFMB also serves as a rock-solid mounting adapter for SureFire SOCOM Series Fast-Attach® suppressors, the SOCOM556-RC model having placed first in the most extensive and rigorous suppressor testing ever conducted by US Special Operations Command.

When used in conjunction with a SOCOM Series suppressor, the patent-pending design of the SFMB provides multiple bearing surfaces to ensure superior suppressor alignment. A rear labyrinth seal minimizes potential carbon buildup in the indexing system and facilitates suppressor removal after extended firing.

All SureFire SOCOM Series muzzle brakes have blind pilot holes at the 3 and 9 o’clock position to enable fine-tuning of recoil characteristics for individual shooting styles or ammunition characteristics. They also have blind pilot holes at the 6 o’clock position to enable indexing the adapter at bottom dead center, and to pin-and-weld on short-barreled rifles. All that is required is a basic hand drill and appropriate drill bits.

SureFire muzzle brakes are individually inspected for concentricity and alignment, and each is covered by SureFire’s No-Hassle Guarantee.

Export of the commodities described herein is strictly prohibited without a valid export license issued by the U.S. Department of State, Office of Defense Trade Controls, prescribed in the International Traffic in Arms Regulation (ITAR), Title 22, Code of Federal Regulations, Parts 120-130. 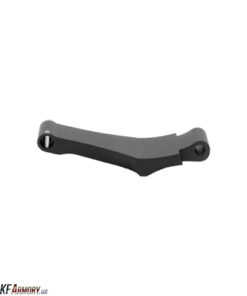 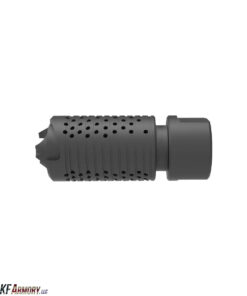 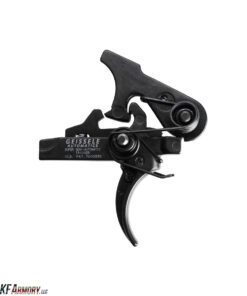 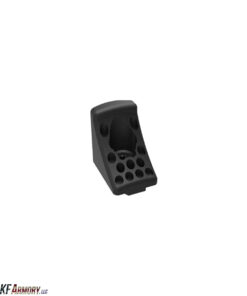 $25.19
Select options
This site uses cookies to offer you a better browsing experience. By browsing this website, you agree to our use of cookies.
More info Accept